Today is finally the day we released Version 0.9 of //TODO: today.
This basically means that the first half of the game is now completely final!

This update has been in the works since April and we meant to release it much sooner but even if it took a while, we're glad it's finally out.
In case you're wondering what changed, here's the list from our change-log:

As you can see it's basically just a lot of small changes to iron out all the rough edges that were still in the NaNoRenO version of the game.

There are however a few content changes namely some additional scenes with Snow during the optional work days and a revised version of the Phoenix "date" that is now more date-like than ever~ (Although most of the old dialogue still found it's way in the new version in some way).

Apart from that it's mostly smaller changes of the dialogue as well as the addition of some art that was missing up until now but if you already played the game, those changes alone are probably not big enough of a reason to replay it after this update. 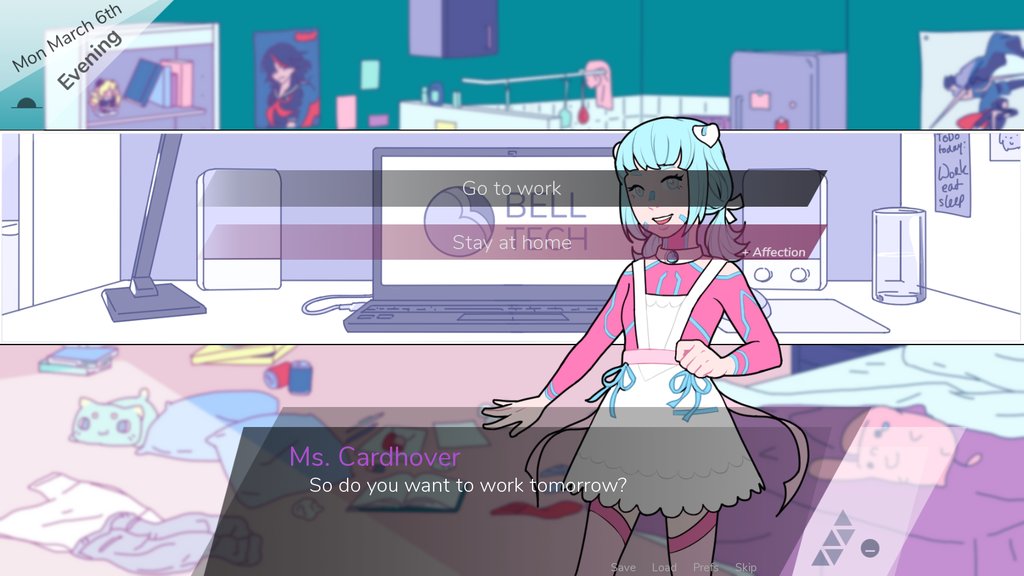 We also added some new features like the Route Help that shows you if choices will increase affection for either of the characters but it's turned off by default (you can find the option in the preferences). 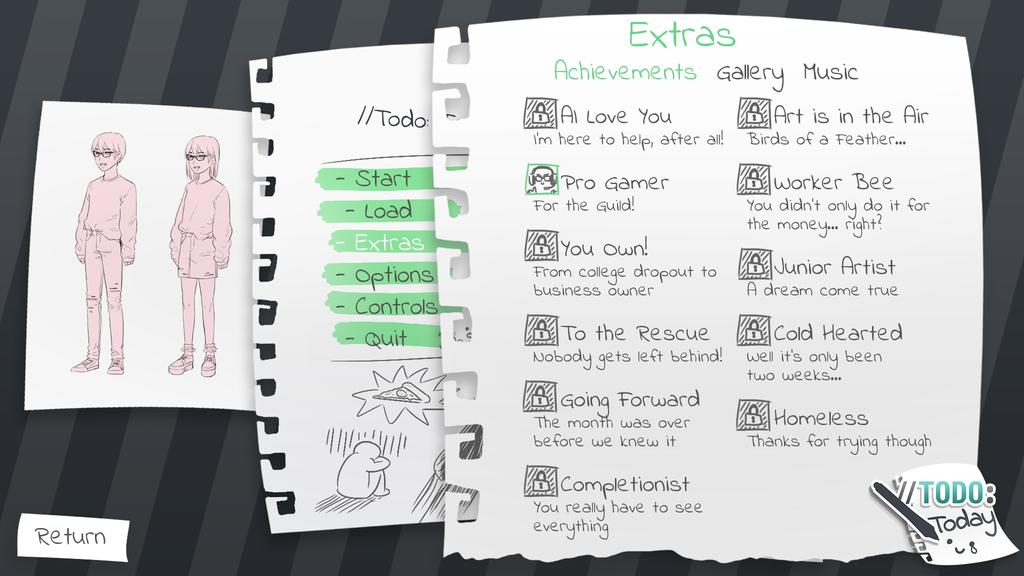 Other than that we included a bunch of extras like an Image Gallery, Achievements, and a Music Player.
The back-end for the achievements was already included in the previous version of the game so if you met the requirements for an achievement, it should already be unlocked once you update the game!
The same goes for the music player, but unfortunately we weren't able to do the same for the gallery. So even if you saw a background in a play-through of the previous version, it won't be unlocked in the gallery. We'll try to make up for that by unlocking common backgrounds at the beginning of the second half but since it's only a minor issue we hope you don't mind.

And that's basically all the major changes.

We're happy to have finally released a version of the game without any placeholder art or incomplete writing and we're glad to finally move on completely from polishing to creating all the remaining content for the second half!

We'll keep you posted on our progress and we're trying to work out a release date for the full game.
So maybe you'll already get to hear about that some time in the near future~